Some of the Inter-State Water Disputes and States Involved: 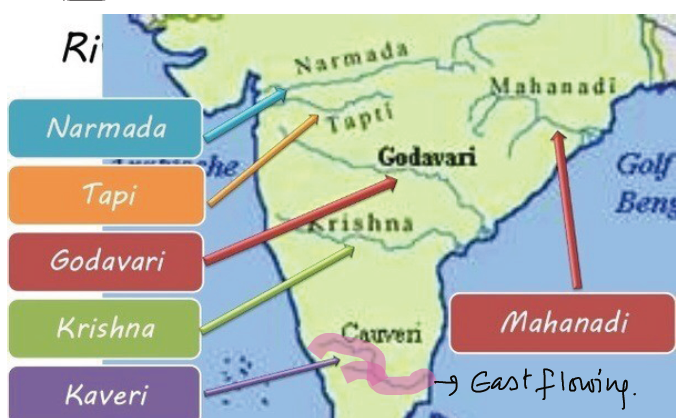 It is, therefore almost a perennial river with comparatively less fluctuations in flow and is very useful for irrigation and hydroelectric power generation. 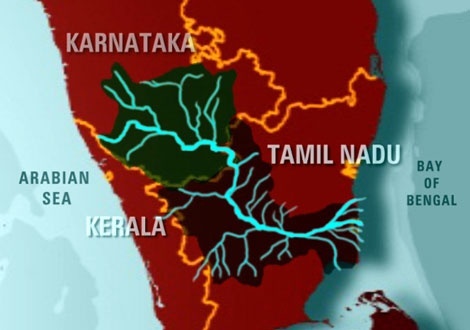 Initially, the dispute was between Karnataka and TN but later Kerala and Puducherry also entered the fray.

History – Initially too plans were made to utilize Kaveri, but the drought and famine put them on hold.

The Cauvery dispute started in the year 1892, between the Madras Presidency (under the British Raj) and the Princely state of Mysore when they had to come to terms with dividing the river water between the two states.

gave both, the Madras Presidency and the Princely state of Mysore the right to use to use the water of Cauvery.

Through the late 20th century, Tamil Nadu opposed the construction of dams on the river by Karnataka, and the state in turn wanted to discontinue the water supply to Tamil Nadu. They argued that the 1924 agreement had lapsed when its 50 years were up in 1974 and considering that the river originated in Karnataka, they had better claim over the river. They argued that they were not bound by the agreement struck between the British empire and the Maharaja of Mysore.

A farmer’s Association from thanjavner moved to supreme courts.

Owing to Tamil Nadu government’s appeal to the Central government in 1986 to constitute a tribunal for solving the issue under Inter-State Water Disputes Act, 1956.

-Both SC and KA  did not entertain the demand.

2007 Tribunal Around is order-

Puducherry 7 tmc ft (0.94%). However, both Tamil Nadu and Karnataka filed a review petition before the Tribunal.

What needs to be done?

The fact is the Cauvery basin is overdeveloped and legal instruments arc insufficient to address the recurring water crisis.