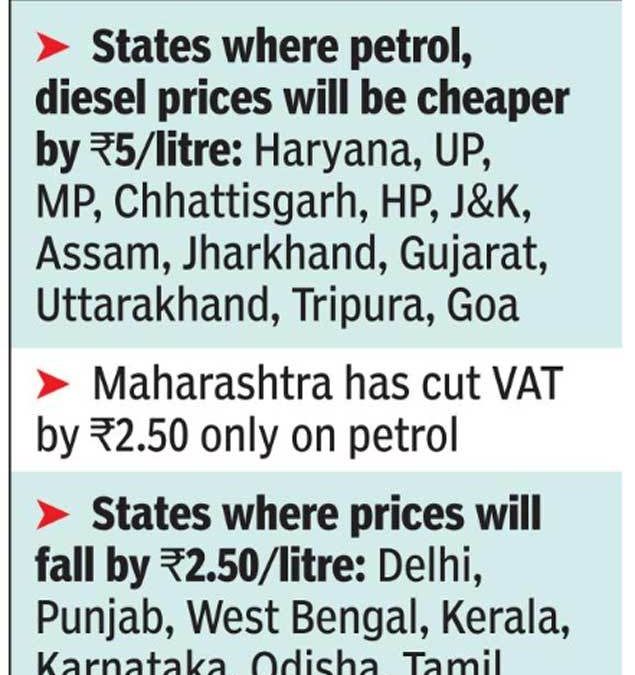 • Rajasthan had last month cut its State VAT by Rs 2.5 per litre, while Karnataka and Andhra Pradesh both had cut their VAT rates by Rs 2 per litre. West Bengal and Kerala had cut their VAT rates on petrol and diesel by Rs 1 per litre in September and May, respectively. Karnataka and Kerala refused to cut rates further following Thursday’s development.
• “Ever since the Modi government assumed office, it has raised excise duty on diesel by Rs 14 and petrol by Rs 9 per litre,” Kerala Finance Minister Thomas Isaac reportedly said following the decision. “You should understand that the reduction effected on Thursday is on this amount. If the Centre is serious, it should reduce the tax to what it was when it assumed office. Then we will also step in.”
• “The Centre had hiked excise duty by Rs 10 and reduced it by only Rs2.50. This is cheating. The Modi government should reduce excise by Rs 10,” Delhi Chief Minister Arvind Kejriwal tweeted on Thursday. 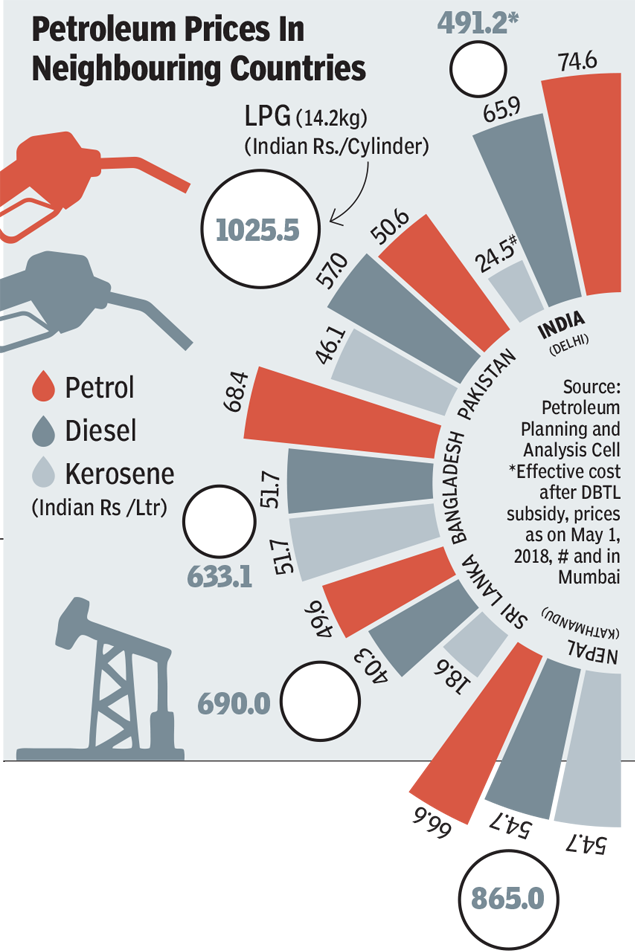