Australia and Poland join US rejection of UN migration pact 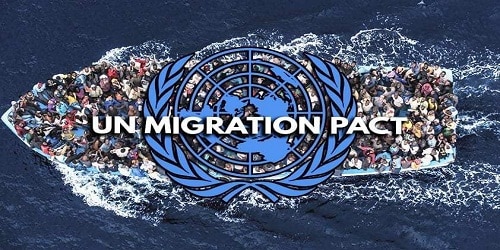 Australia and Poland refused to sign a UN pact on migration because the agreement would undermine their existing immigration policies. A draft of the agreement, which is not legally binding, was finalized in 2017 after more than a year of work. The United Nations decided to come up with a global compact on migration in 2016, in the wake of the crisis in the Mediterranean, which has seen thousands of migrants die while attempting to cross into Europe.
Key points:
i. The pact lays out 23 objectives to open up legal migration and better management of migratory flows as the number of people on the move worldwide has increased to 250 million (3 % of the world’s population).
ii. It is due to be adopted next month although the United States and a handful of conservative governments in Israel, Austria, Hungary and the Czech Republic have rejected the pact.
About Australia
♦ Capital: Canberra
♦ Currency: Australian Dollar
About Poland
♦ Poland capital: Warsaw
♦ Poland currency: Polish złoty
♦ International Organization for Migration headquarters: Le Grand-Saconnex, Switzerland