Book named “God of Sin: The Cult, The Clout and Downfall of Asaram Bapu” released after court nod 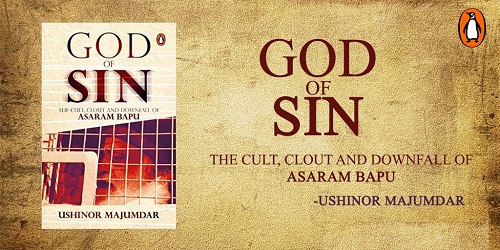 On 16th December 2018, book on self-styled godman Asaram Bapu released after a Chandigarh court refused to stay its publication.
Authored by Ushinor Majumdar named “God of Sin: The Cult, The Clout and Downfall of Asaram Bapu”.
i. The plea was filed seeking a permanent injunction against publishing of the book.
ii. Book was published Penguin Random.
iii. “God of Sin”is about Asaram’s journey to spiritual godhood, his fall from grace and the long and arduous road to bring him to justice.