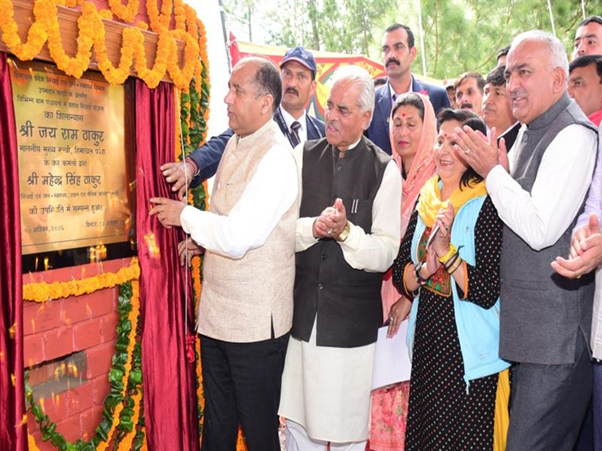 • Chief Minister Jai Ram Thakur while addressing a public meeting at Seri Village in Dharbhog Panchayat of Kasumpti Vidhan Sabha area in Shimla district today after he laid foundation stone of Flow Irrigation Scheme under Sub Division Koti which would be completed by spending an amount of Rs. 11.56 crore. This would provide irrigation facility to eleven Panchayats of the area covering approximately 524 hectare land.

• State Government lowers the age limit of senior citizens for availing old age pension without any income criteria from 80 years to 70 years have benefitted over 1.30 lakh senior citizens, he added. He said that now the Chief Minister Helpline 1100 was proving a boon to the people of the State for redressal of their grievances.