India ranked 5th in the list of most vacation deprived nation in the world: Expedia 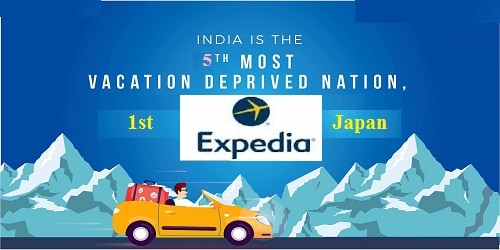 On November 22, 2018, Expedia Vacation Deprivation Report 2018 was released that stated that India is among the most vacation deprived nation in the world ranking 5th among the 19 surveyed countries.
It was done by Expedia, a US based travel agency.
Highlights:
i. It ranked 5th in the table after Japan, Italy, Australia, New Zealand.
ii. India is followed by United States and Malaysia.
iii. As per data, 53 per cent of Indians take fewer vacation days than they get.
iv. 35 per cent don’t take leave as work schedule does not allow for vacation.
v. 68 per cent of Indians have ended up cancelling their vacation due to work.
vi. In terms of occupations, workers in the food & beverages, heath, and retail industries were found to be most vacation deprived while those employed in the real estate sector were least deprived.