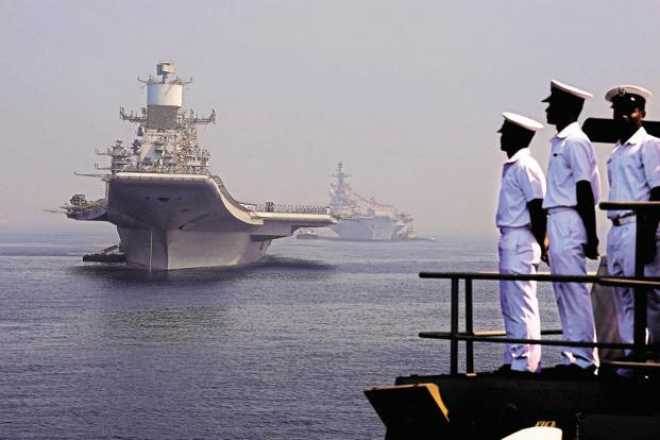 On November 12, 2018, INS Rana reached the port of Surabaya to participate in the 7-day inaugural edition of Indian Navy – Indonesian Navy Bilateral Exercise ‘Samudra Shakti’.
Objective:
To strengthen bilateral relations, expand maritime co-operation, enhance interoperability and exchange best practices.
Key Points:
i. The exercise would consist of the following:
• Starting with a Harbour Phase scheduled from 12 to 15 Nov,
• a Sea Phase scheduled from 16 to 18 Nov.
ii. It would include operations such as Joint Manoeuvres, Helicopter Operations, Surface Warfare exercise, ASW exercise and Anti-Piracy exercises.
iii. India is represented by : INS Rana of the Eastern Fleet based at Visakhapatnam under the Eastern Naval Command.
Background:
The strategic partnership between the two nations was elevated to ‘Comprehensive Strategic Partnership’ during the visit of Honourable Prime Minister of India in May 18, 2018.
Indonesia:
♦ Capital: Jakarta.
♦ Currency: Indonesian rupiah.
World Kindness Day – November 13
On 13th November 2018, World Kindness Day was celebrated all over the world.
Key Points:
i. When: In 1998, World Kindness Day was introduced by the World Kindness Movement, which is a coalition of various kindness NGOs. World Kindness Day is observed annually on November 13.
ii. The World Kindness Movement was formed at a conference in Tokyo, Japan, in 1997. Over 28 countries are members of this movement.
iii. World Kindness Day highlights good deeds in the society, and stresses on the importance kindness as a binding factor between members of the society
Goa government announced ban on import of fish for 6 months
On November 11, 2018, Goa government announced a ban on import of fish into the state for six months.
This ban is effective from November 12, 2018 and the duration of the ban could be extended by another six months if necessary.
The decision has been taken in view of continuing uncertainty about the presence of formalin in imported fish in Goa.
Additionally, the state government decided to set up testing laboratories with Central agencies like Quality Council of India, Export Inspection Council and Food Safety and Standards Authority of India.