SC pulls up States for not recruiting judges 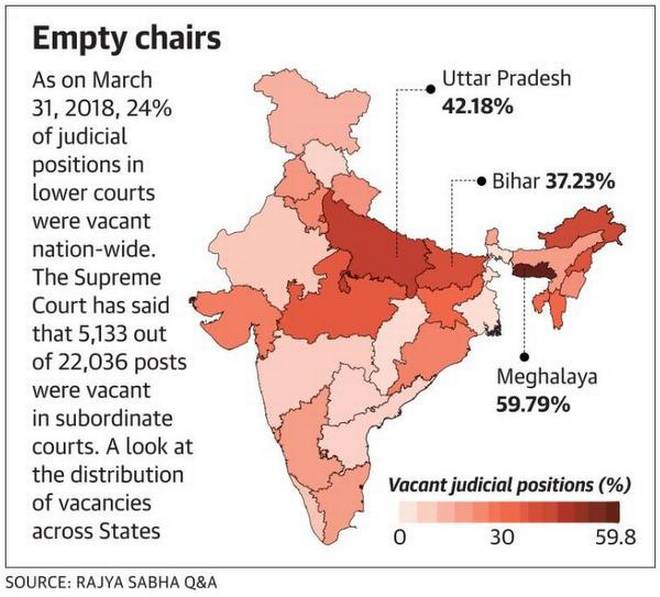 • The Supreme Court on Thursday pulled up various State governments and the administrative side of the High Courts for delay in filling vacancies in subordinate judicial services.
• A Bench, led by Chief Justice of India Ranjan Gogoi, had taken suo motu cognisance of more than 5,000 vacancies for subordinate judicial posts even as pendency touched crores.
• In a five-page order earlier, the Supreme Court had recorded that there were a total of 22,036 posts in the district and subordinate judiciary, ranging from district judges to junior civil judges, across the States.
• It said 5,133 out of the 22,036 posts were vacant.