SC sets January 2019 to fix a date for Ayodhya hearing 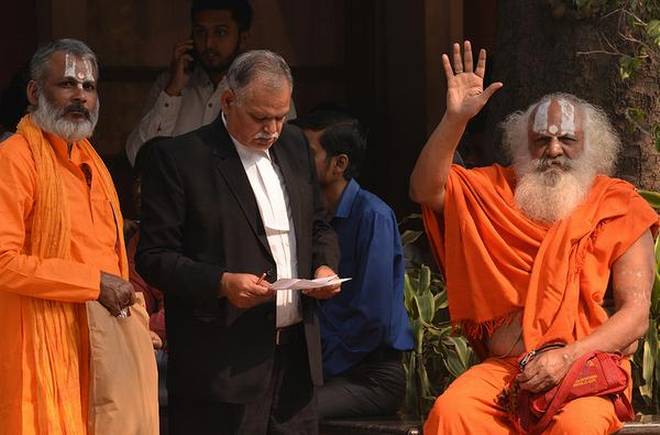 • A three-judge Bench of the Supreme Court, led by Chief Justice of India Ranjan Gogoi, on Monday ordered the volatile Ayodhya dispute appeals to be listed in January 2019 before an appropriate Bench to fix a date for hearing.
• Chief Justice Gogoi repeated that all that the court has ordered now is for the appeals to be posted in the first week of January before a Bench, that too, “not for hearing but for fixing the date of hearing.”
• Last year, in the initial stages of hearing of the appeals, senior advocate Kapil Sibal, appearing on the side of certain Islamic bodies and private appellants, had suggested in court that the Ayodhya hearings be posted after July 15, 2019, post the general election.
• Mr. Sibal, along with senior advocates Dushyant Dave and Rajeev Dhavan, had pegged the Ayodhya dispute as not just any other civil suit. They flagged how the case covered religion and faith, and dated back to the era of King Vikramaditya.