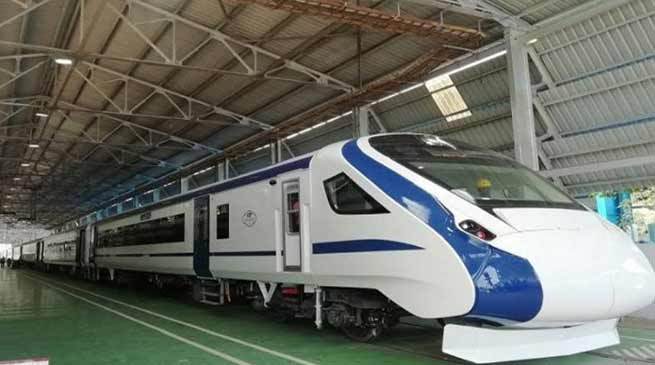 On October 29, 2018, India released its first semi-high speed train called- Train 18.
i. It is a 16-coach prototype without a locomotive (engine) that will travel at a speed of up to 160 kmph.
ii. It was developed by the city-based Integral Coach Factory, Chennai in 18 months as part of the ‘Make In India’ initiative.
iii. It cost nearly Rs 100 crore and will cut travel time by 15 per cent compared to the Shatabdi.
iv. The ICF will make six such train sets, out of which two will have sleeper coaches.
About the Train:
i. It will have the following amenities:
• CCTV cameras,
• GPS-based passenger information system,
• zero discharge bio-vaccum toilets,
About Integral Coach Factory:
♦ Headquarters: Chennai.
♦ General Manager: Shri. Sudhanshu Mani.
♦ Founded: 1955.