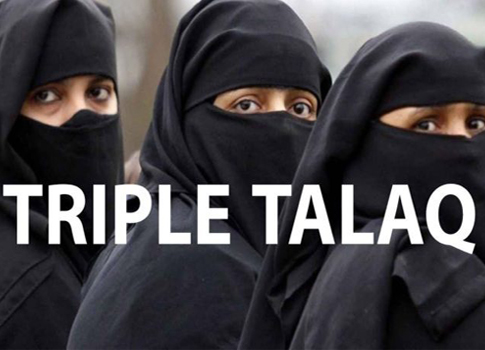 • The Union Cabinet has cleared ordinance to make practice of instant triple talaq penal offence. It was signed by President Ram Nath Kovind later as peArticle 123 of the Constitution. Compelling reason cited by Government for promulgation of this ordinance was that practice of triple talaq continues unabated even after annulled by Supreme Court due to absence of legal framework.
• The ordinance makes instant triple talaq illegal and void. It prescribes punishment with jail term for three years to husbands practicing triple talaq. It also includes certain safeguards such as the addition of a provision of bail for the accused before trial, to do away with fears of misuse of the law.
• In landmark 3-2 verdict in August 2017, five-judge Constitution Bench of Supreme Court had declared centuries-old practice of instant triple talaq or talaq-e-biddat unconstitutional. Triple talaq is practice in which Muslim men divorce their wives unilaterally by uttering talaq three times in quick succession.